I got this book as an eARC through Edelweiss several months ago and I am finally getting around to reviewing it. 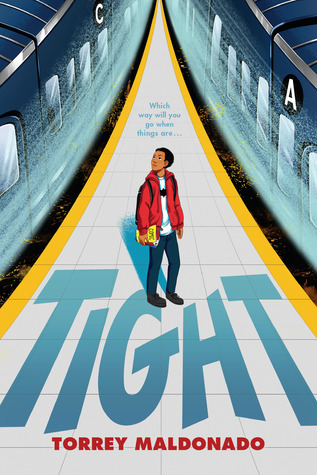 Bryan is a generally good kid. He likes drawing and comics. Each day after school, he goes to his mom’s work and does his homework in his “own office.” Bryan’s mother works with at risk youth and struggling families, which is how she met Mike. Bryan’s mother pushes the two together, but this friendship may not be the greatest thing in Bryan’s life. Mike pressures Bryan to steal and break the law and while Bryan does this willingly, he is concerned that he will end up like his father who is in and out of prison.

I thought this was an interesting way to show that parents aren’t always right and that tweens have the ability to distinguish what relationships are positive and which aren’t. I could see myself giving this is a young child from an inner city environment because they could see themselves in this book. It is like the junior version of a Jason Reynolds novel.