Hi Everyone!  It’s gotten cold outside and there is no better way to stay warm then to curl up under a warm blanket with a good book.  Here are some of the books we’re looking forward to reading on snowy nights:

Just Pretending by Leah & Kate Rooper
Release Date: November 5
I am a big fan of mistaken identity books and I love stories about royals so this book sounds perfect for me.  Eva is a sixteen year old royal who wants romance but doesn’t have the time to make a love connection.  Tyler is a hockey player that has been confused for a visiting prince.  The two connect but their different status and Tyler’s secrets could pull them apart.  Um…this just sounds like a super fun romance with hints of The Prince and Me which I will happily read.

The Lying Woods by Ashley Elston
Release Date: November 13
I loved Ashley Elston’s book This Is Our Story and I have high hopes for her new mystery about a boy named Owen who is pulled into a mystery after being forced to leave his elite boarding school because his father embezzles large sums of money from the family’s business.  I am looking forward for a twisty mystery and I know I will not be disappointed.

Your Own Worst Enemy by Gordan Jack
Release Date: November 13
This book just sounds like it has the possibility of being hilarious.  The story of the behind the scenes drama of a high school election is being called a witty satire and I just really want to read it. 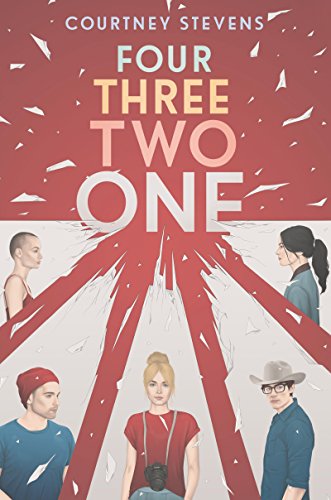 Four Three Two One by Courtney Stevens
Release Date: November 13
After the awesomeness that was Sadie, I am completely ready to take on any book by Stevens. The novel explorers the emotional fallout after a bus is intentionally bombed, killing 19 people. Each survivor deals with life after the bomb in a different way, but each is force to face both the future and ultimately, the past.

Angel and Bavar by Amy Wilson
Release Date: November 6th
I was first intrigued by the cover of this novel. However, when I found out it was a Beauty and the Beast retell, I couldn’t get my hands on it soon enough. B&B retells have a special place in my heart. There are going to be some epic battles against some villainous fantasy creatures, with Angel and Bavar at the forefront.

Out Run the Wind by Elizabeth Tammi
Release Date: November 27th
A Greek mythology fantasy with LGBTQ themes. Artemis is a rockstar and could easily be cast as a queer character, but I haven’t read that before. This novel appears to create that space and I appreciate it.