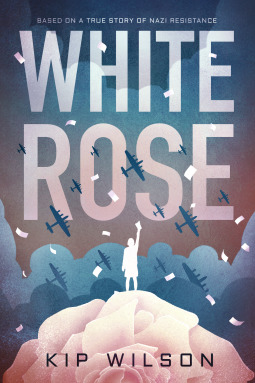 In the early 1940s, World War II had been raging for a few years. Jews were being rounded up and murdered, the German government continued to push for more territory and violently lashed out against anyone who even hinted at defying them. Many of the German citizens were wrapped up in this culture of hate and fear, but not all. Especially not Sophie Scholl and a few of her fellow college students. This group of students created underground leaflets that questioned and condemned Hilter and his regime. They worked together to disseminate these flyer and further encourage intellectuals to push back against the horrors being committed by Hilter’s government. This group knew that stopping the violence against Jews was more important then their own lives, so of whom had young families.

This emotionally difficult novel is told through verse and focuses on real people of history. It shows the power of young adults and the power that a few voices can have. There are many parallels with the events going on in our current society and that of the Germany found in this book. This work quickly connects readers to important issues of the past.