While I originally got this novel as an eARC at our library’s book buzz, I have also started seeing it show up on a variety of mock Newbery lists. 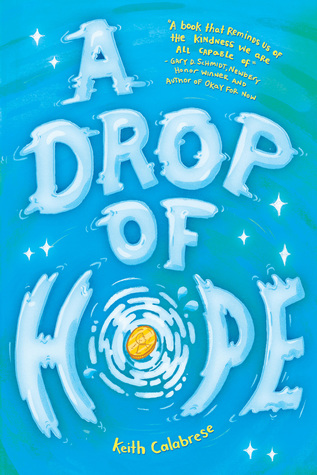 In small If Only, Ohio there is a legend of a secret well that grants wishes, though it first takes a bit from the wish maker. Ernest has been having a hard time after his grandfather died, especially as he begins cleaning out the attic. Ernest hopes to make a friend and thinks that the well might just be the answer for his hopes. Ernest falls into an unlikely friendship with Ryan, who shows him how to get underneath the well. As they are exploring underneath the well, they hear a few of their classmates’ wishes. Somehow the items that Ernest took from his grandfather’s attic are helping the wishes come true. This uplifting tale adds a little magic to the genuine wishes tweens have.

This novel was sold to me as a read-a-like to Wonder, which doesn’t make sense. This book is less about being kind and more about having hope because serendipity can create “magic” in our world. While it is heart warming, I wouldn’t necessarily put it in the same cross-section as Wonder. It is a cute fuzzy book that uplifts a reader. I wouldn’t put it on my mock list, but I think that readers will enjoy this book.