Here is my selection for this month’s mock Printz award.  For anyone not familiar with the Printz Award it is an award given by the American Library Association for the best example of teen literature from the previous year.  You can find more information here. 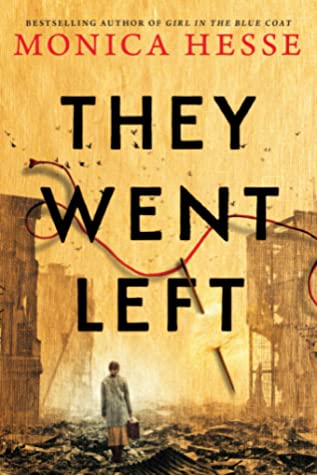 World War II has ended in Germany and those still alive in the concentration camps have been liberated. While Zofia and those with her in the camps have their freedom back, they are trapped by the scars that the Nazis torturers have left behind. Zofia knows that most of her family is dead, but she fiercely believes that her younger brother is still alive. When she returns home in hopes of finding him, he isn’t there. Zofia journeys across Europe in search of one boy from thousands. Her determination touches helpers along the journey. While she is focused on finding her brother, there are still many pieces of her past that she won’t think about and her brain’s cracks make it hard for her to keep everything clear.

The writing of this book was stellar. It works hand-in-hand with the plot. This is a gorgeous haunting story that I am still emotionally reeling from. The writing and character development are such that these characters are still with me beyond the book. The unreliable narrator is one of the best I have seen so far. I was taken in by her truth, with glimpses of reality throughout. Typically, I don’t like unreliable narrators, but this author crafted a character I couldn’t walk away from. This novel deserves to show up many times during this award season.